The Changing Definition of Convenience in Banking 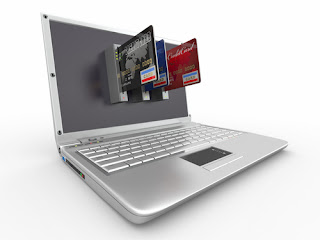 Historically, one of the reasons people have chosen big banks has been their large network of branches and ATMs. Especially for people like myself, who travel across the country frequently, finding a place to conduct basic transactions without a fee was a competitive advantage for those institutions with a wide distribution network.

Recently, however, small institutions have been working on ways to erode this advantage, closing the gap through expanded ATM networks, improved online banking and now mobile banking services. In short, technology is quickly changing the definition of convenience for bank customers.

A recent study, The New Banking Value Proposition, from market research firm Chadwick Martin Bailey, finds that credit unions and smaller banks are maintaining their perception of having high levels of personalized service while also catching up with their larger competitors in terms of banking convenience. For those smaller institutions who are focusing on new technologies, this can allow them to more effectively compete for the increasing number of accounts in motion. Additional findings include: 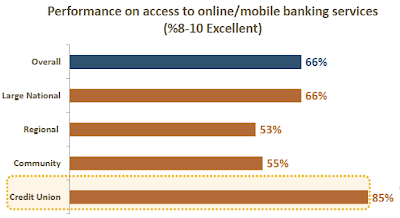 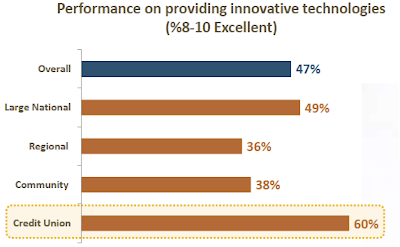 In an interview with Bank Marketing Strategy, I asked Jim Garrity, Managing Director of Chadwick Martin Bailey’s Financial Services practice why he believes there is such a difference in offerings as well as consumer perception of technology innovation between credit unions and small banks? His response was, “Much of what you describe can be attributed to differences between the customer bases; credit unions are pulling customers from further away than small banks. A function of this is credit union customers wanting and needing remote access solutions more than the typical community bank customer.” He also believed that credit unions often have larger pockets of young members than community banks and these customers are simply more comfortable with remote transactions.

I questioned Jim further around the introduction of new technologies in the mobile wallet and payment areas, and whether this may make differentiation between larger banks and their smaller competitors even less pronounced. Garrity responded, “The speed of technology adoption at credit unions and smaller banks is definitely quickening, but larger banks continue to have the advantage of being able to build this functionality ‘to order’, whereas small banks and credit unions need to purchase this functionality ‘off-the shelf.’  So, while the pace of implementation is undoubtedly quickening, that doesn’t mean that big banks don’t retain the advantage being able to get there first.”

Finally, I wondered if digital innovation and the importance of ‘have it now’ convenience could be the Achilles heel for an entire segment of the industry? Jim believed that what all banking players need to worry about is if banking is following the same path as bookstores —where many small players were selling a commodity product, then the conglomerates (the Barnes and Nobles and the Borders) dominated and forced many small bookstores out of business except in those cases where the business wasn’t valuable enough or there was an unserved niche.

According to Garrity, “What we have here is that several players are vying to become the next ‘Amazon of banking,’ with an online presence supported by products produced by others (i.e. Simple and Movenbank).”

There is no doubt that this research, combined with the learnings of the bookstore industry, provides some lessons to be learned from around the changing nature of convenience, the impact of commodity price pressures, the importance of service differentiation, and the relevance of community connections, etc. The key will be whether the distribution disruption continues at the same pace, how consumers will respond to the changes in the marketplace, and whether banking can alleviate concerns around security and perceived risk with digital channels.

10 Questions to Ask Yourself before Choosing a Bank Account

Listen: How banks can protect themselves against cybersecurity risks

From great resignation to great employee experience: Get digital